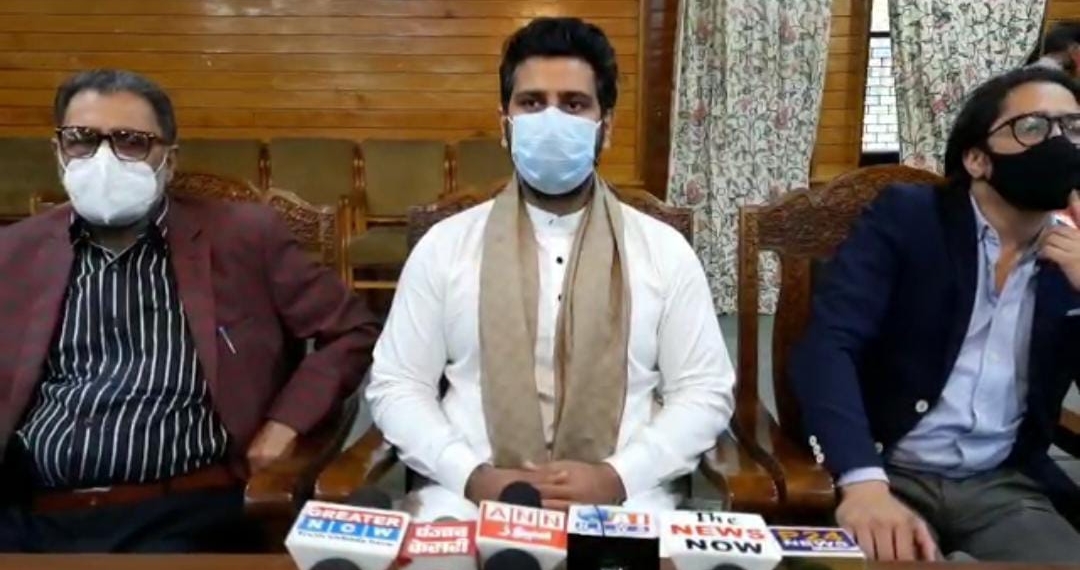 Sopore. 31 may..Artist decides to do away with all of his revered and invaluable work of years by selling out his profound Paintings to generate funds for those left annihilated by the Pandemic COVID 19.

In protest to help the destitutes, Hakim Rizwan Illahi, a prominent social activist, entrprenuer, writer and an ace artist, has decided to put all of his paintings on sale to contribute relief to the miseries and sufferings of his own people in Kashmir.

Deeply touched and disturbed by the plight and helplessness of Mankind due to devastation caused by the deadly Corona Virus, Rizwan has made up his mind to join the fight against COVID 19. He believes that while the entire Administrative machinery across the World and Nation is making tireless efforts in fighting COVID, the more dangerous threat that looms ahead of us is the
Damage that the persistent lockdowns and deadlocks have done to the lives of people all over.

Although the Deadly Virus has certainly affected a few millions by directly infecting them but its consequences have caused more havoc to majority of the population. Rizwan says that his interaction with some of those families who depend on their daily wage earners for even three meals a day. And the understanding of the alarming situation which may force some people to even die with hunger, has created a stir within him.

He has the intent to start supporting the affected people in Kashmir and he hopes many more to join hands for the cause. He is convinced that he would go to the extent of selling his car, clothes and is even ready to sell his house, if need arises. He goes on to say that “I don’t need a big house, when my people don’t even have a loaf of bread to eat. It gives me nightmares. I don’t want to die in sleep, I want to die with awareness, with my conscience intact”.

Rizwan has remained reluctant in past to various international auction houses from USA, Dubai, UK & Turkey when approached previously to exhibit his art. He says that these paintings are too close to his sentiments to be traded for money, but today he feels a deep sense of pride to put all of his paintings on auction for a greater Cause of humanity, especially in these tough times of turmoil.

Hakim Rizwan Illahi has become a strong advocate of rendering help to the destitute and the downtrodden families who are severely hit by the pandemic, by the administration, by the poor policies of the government, by the poor social security & by the failed Healthcare system.

Hakim Parvaiz iIlahi,who also runs  an organization ” SAWAAL”. It is while working on ground for his organisation that he witnessed the massive harm that the pandemic has caused to the poorer people. He says that “I could see the number of needy and the destitutes are not in hundreds or thousands but in lakhs, who desperately warrant help for thier survival.  The organization have drawn up a  calendar to visit different areas for distribution of relief kits among the deserving on day to day basis.

He is also runing the campaign. #mostlovedforthecharity

Meet Rehana Nabi – A Calligraphy and a Crochet Artist